Opened in December 1992 in a circa 1928 building, owner Paul Cocking transformed the interior into today’s romantic space by adding arches to complement the Moorish front door.
Founding chef of was the now famous Jim Denevan of Outstanding in the Field. Subsequent chefs have been Rebecca King of Garden Variety Cheese and Sean Baker of Gather. Jim began the strong relationship with local farmers that Gabriella’s continues to cultivate, and put the restaurant at the front of the organic sustainable movement. Paul served on the board of the downtown farmer’s market for several years and now, nearly all of the produce used in the restaurant is purchased directly from local farmers. Gabriella’s has been recognized in Sunset, Fodor’s Travel Guide, and many other guides and newspapers.

Our current chef is Gema Cruz who started as a prep cook  twenty-five years ago.  Her five years in charge have been marked by a great consistency in food, interesting menus and great kitchen morale. 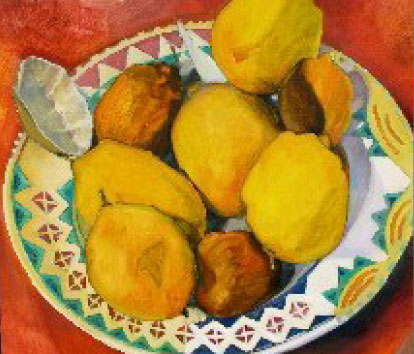